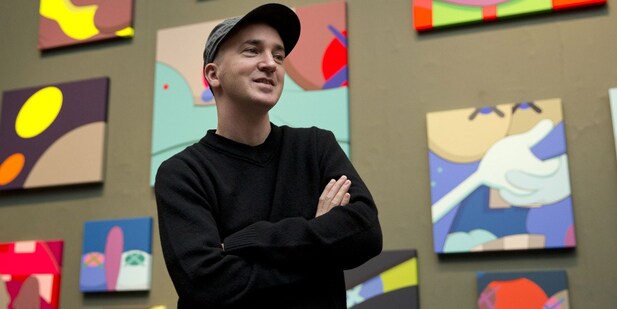 Kaws, as a street artist, has made his own way from spoofing advisement on the streets, toy design, to found a streetwear brand in clothing market. He has collaborated with fashion name brands, such as the Japanese brands UNIQLO, realmad HECTIC, Sesame Street, Bape, Undercover, and Clot. Also, the vinyl toy, Companion, his collaboration with realmad HECTIC and Bounty Hunter has generated a wave of designer toys in the popular art scene as well as the commercial market. Various versions of Companion have also been showcased in art museums worldwide. He puts "XX" into his artworks and it becomes his iconic trademark.

Dissected Companion is also one of Kaw's extremely popular series. The artist switches half of Mickey Mouse's adorable head with a skull, gives it four prominent teeth and two "XX" for the eyes, and has it wear an identical outfit and gloves as the cartoon character. The posture and action are similar to that of a human, showing that the figure has human emotions and might feel sad, happy, shy, tired or lost.
提供者