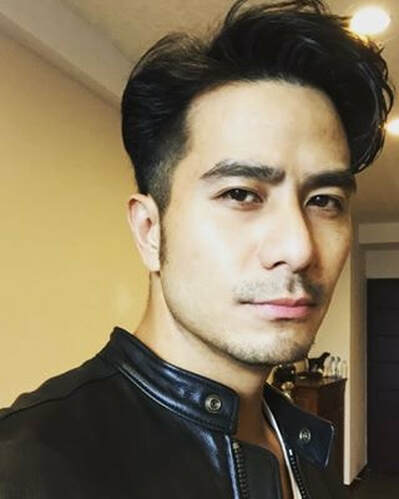 As an emerging artist, painting makes Guo Yen-Fu relaxing and happy. He has been thinking about the differences between "art" and "painting". After spending years in entertainment field, he found that the answer to this question was just in front of his eyes, and he had his own interpretation of "art". He created a series of artworks with the concept of suitcases to reveal his points of view of humanity and observation of psychological thinking. He has exhibited his artworks in Art Shopping in Le Carrrousel Du Louvre in Paris.

In this exhibition, Guo's Whose Suitcase series, which includes Work Equipment, Wish One Day There's Only You, And I Miss Her too, demonstrates the idea that a suitcase is not only luggage but also memory of every trip. Through the process of packing and unpacking and interaction with different people in different trips, he records his reflection about those journeys by painting. Those artworks are not just records of journeys but his reflections and critiques about the relationships between people as well.
提供者