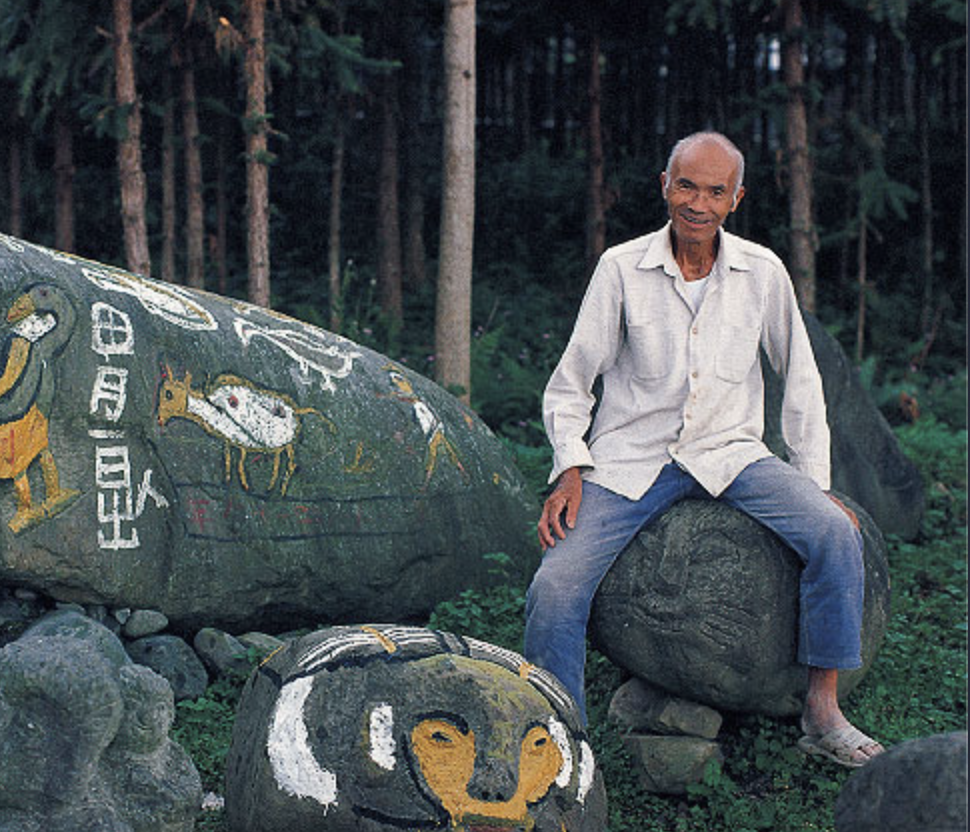 Lin Yuan, as an amateur artist, started making stone sculptures and started learning embroidery and painting in his later years. Since he was good at storytelling by his artworks, he turned the characters from different stories into the themes of his artworks. His artworks are not only primary and masculine, but also childlike and full of rural vibe, which reveal his profound wisdom in life. He exhibited his artworks in cultural centers and art museums in Taiwan and in France, Belgium, and Hong Kong. Jean Dubuffet, a famous international artist, has spoken highly of Lin, and considers his artworks strongly creative and powerful.

After Lin's death, his artworks are preserved in New Era Art Resort. He liked to start his painting from the large areas first, then to draw lines and dots. His painting preferences, such as using color of black, red, green, and yellow, and drawing hair, fur, and scales with lines, perfectly demonstrate the common language of simplicity and directness in primitive art, which can be seen from his artworks in this exhibition.
​
提供者